Huberman: Bro Science with a Ph.D. 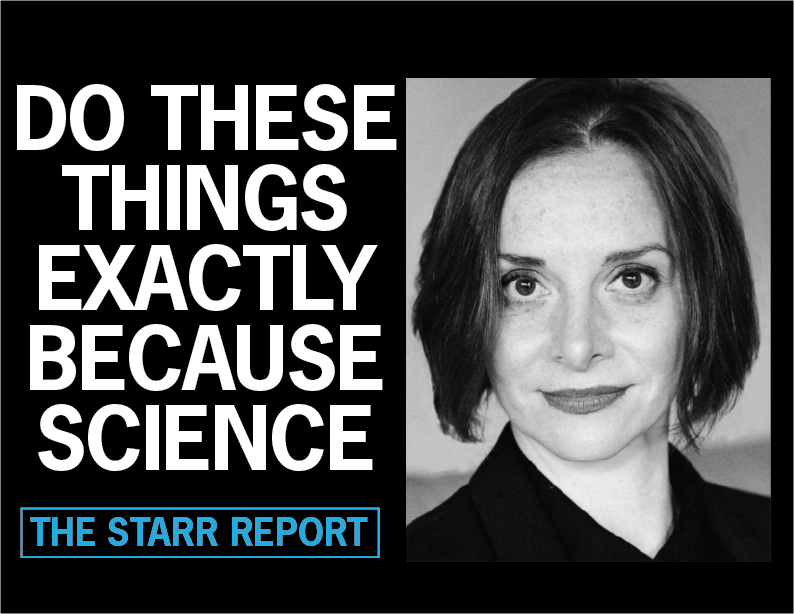 The Funny Thing About His Recommendations

We should all be freezing

What my doctor recommended that actually worked

My insomnia started during the first wave of the pandemic, when I was living two blocks from a hospital in Queens. I wasn’t a total stranger to sleep maintenance insomnia1 The kind when you wake up and have trouble falling back to sleep)—it was there, when I was nearing an important deadline. When I had financial troubles. When I was stressed. But this was worse. I used my behavioral science research skills to prescribe the best wind-down routine imaginable.

I moved my workouts to the morning, avoided sugar, stopped drinking coffee after a certain hour, and turned off my phone at night. I journaled and meditated. At night, I took baths, used an aromatherapy diffuser in my bedroom, took melatonin, turned on a fan for a white noise, and played a recording of rain to help me sleep.

And oh, did I read. I read Why We Sleep by Matthew Walker. I read fiction on my Kindle. I read boring nonfiction. I printed out journal articles with titles like “Self – An Adaptive Pressure Arising from Self-Organization, Chaotic Dynamics, and Neural Darwinism – 2007,” “The Self as a Dynamical System,” and “Uncovering the Motivational Core of Traits – The case of Conscientiouness.”

But I always woke up.

Fast forward a year and a half. I didn’t write for over six months, detoxing from a toxic work environment and recovering from mild burnout. My new home is next to a patch of forest in Portland, Oregon. My new health insurance allows me—get this—to see a sleep doctor.

“You’re doing all of those things? Every night?” he asked.

I was, in fact, doing all of the things. And I was still on the brink of insanity from a lack of sleep.

Andrew Huberman is a researcher at Stanford whose podcast has been crushing it ever since it debuted last year. (My brother, a Joe Rogan fan, introduced me to him.) You couldn’t create a better character to deliver pop health and neuroscience news: he’s white, attractive, and fit. He’s old enough to have tenure and his own lab at Stanford, but not yet at an age where his competence or ability to keep up with research would be called into question. If it existed, a drinking game based on the podcast would include phrases like limbic system, neural pathways, and dopamine—the same vocabulary you find in mediocre business books.

The good: the introductions to his podcasts are typically grounded in decent studies. Like most high-brow self-help—and the entire field of psychology itself—he has a tendency to draw sweeping conclusions from single studies. One study from the European Journal of TK on habit formation found that subjects trying to form a specific habit (walking after a meal) took between TK and TK days for the habit to become automatic; in fact, some participants in the study were never able to turn that behavior into a habit. And who knows how long it stuck for?

And do you know how many studies there have been on habit formation? Or how different the conditions in these studies are from the conditions in the real world? Habits are best thought of as emergent behaviors, the product of a perfect storm of influences; a few years ago, I had no problem spending over two hours a day working out—when the gym was close, its members my main social outlet, and my trainer unfathomably hot.

Huberman goes downhill at the precise moment that you want to believe in him so much: when he makes a specific recommendation.

My initial foray into Bro Science was at that very gym, a few years before the arrival of Ridiculously Hot and Kind Coach. I saw guys drinking what looked like shakes and turned my research skills towards building muscle and getting lean. Other people got the handbook, I thought. I ended up writing an extra chapter in my book on sports expertise and genetics to justify all of this: I had conversations about types of protein. I won nutrition challenges. I hired a nutrition coach. I weighed all of my food and ate carbs at specific times. I studied the daily schedules of top athletes.

And then, a miracle: Hot Coach arrived. Specifically, a world-class team of CrossFit athletes took over the gym (long story) and I got to see them in action every single day. Their supplements? Fish oil, glucosamine for the joints, and Amy swore by a B vitamin complex. Their diet? Weighed, measured, healthy. And they worked out 3 hours a day.

Bro Science loves the ever-popular muscle-building supplement creatine, but get a little further into the peer-reviewed research on individual differences, and you learn that a sizable chunk of people don’t respond to it because they already have enough endogenous creatine in their muscles that the powder merely creates expensive urine. It only makes a dent in your overall development—mostly, you have to spend a few hours a day at the gym. You have to sleep at least 8 hours a day (muscles are torn at the gym and repair during your sleep). And abs are made at the gym, but revealed in the kitchen: my model friends whose ads appeared in Men’s Health (I was spending a ridiculous amount of time at the gym, mind you) counted calories like crazy before a photoshoot. The photo shoot was for a supplement.

The Funny Thing About His Recommendations

The recommendations are usually in this ballpark: light therapy! Oxygen therapy! Intermittent fasting! Some of the researchers he’s had are great, but others are straight out of the Joe Rogan playbook.

Dig a little deeper into these studies, and you get takeaways about the importance of, say, oxygen therapy. The researcher at the forefront of the studies is Shai Efrati.

According to Popular Science:

In addition to his work at the Sagol Center for Hyperbaric Medicine, Efrati is the Chair of the Medical Advisory Board at Aviv, a company which owns hyperbaric clinics in Israel, Dubai, and The Villages, a retirement community in Florida. Efrati is also a shareholder at Aviv, which makes it hard to keep his research independent and raises red flags for some experts. The size of the effect was sizable, but had a large margin of error. For example, the telomere length of B cells, a type of white blood cells, increased 29.39 percent—but that could be off plus or minus 23.39 percent.

We should all be freezing

What about taking cold showers? Sitting in tubs of ice? Here’s one of the most commonly referenced studies on the matter, “Altered brown fat thermoregulation and enhanced cold-induced thermogenesis in young, healthy, winter-swimming men.” The study’s sample size is a total of 15 men in their mid-20s, looking at how much their metabolism changed during the 30 minutes they spent in a cooling session.

There’s a high-tech wellness center near my house claiming that cold burns more calories, and after reading the marketing materials, my brother exclaimed that it burns “400 calories a session!”

30 minutes of cold only increased the experimental group’s metabolism by a total of 10 calories. Total.

What my doctor recommended that actually worked

After I explained to my wind-down routine to my doctor, he told me the the “whole ritual was probably causing performance anxiety.” His advice was sleep restriction therapy: spending less time in bed. Start off by staying up super late, later than you’d think, so that I’d completely conk out and sleep through the night. Eventually, I could start going to bed early—15 minutes at a time.

My continued insomnia was iatrogenic—caused by the very interventions meant to eliminate it—and the remedy was maddeningly simple. Doing nothing was ultimately what worked.

But when was the last time you heard of a podcast that was sponsored by “nothing”?

My insomnia was eventually arrested by a potent combination of decreased work stress (finishing a book), moving to a less stressful environment (from a hospital-proximate in NYC to forest-adjacent in Portland).

I needed to consider my entire environment, including my relationships and work, in order to lower my stress and let me sleep. I needed to stop obsessing over having every aspect of my setup “just so.” My problem was made worse by my obsession with constant optimization.

Huberman’s advice what might be called the medicalization of our problems.

Real Simple: Put the Odds in Your Favor By Creating Your Own Serendipity

How to be a leader: Wharton podcast

Can You Learn to Be Lucky: a Fast Company Best Business Book of 2018!