The Life-Changing Magic of Letting Yourself Take Breaks 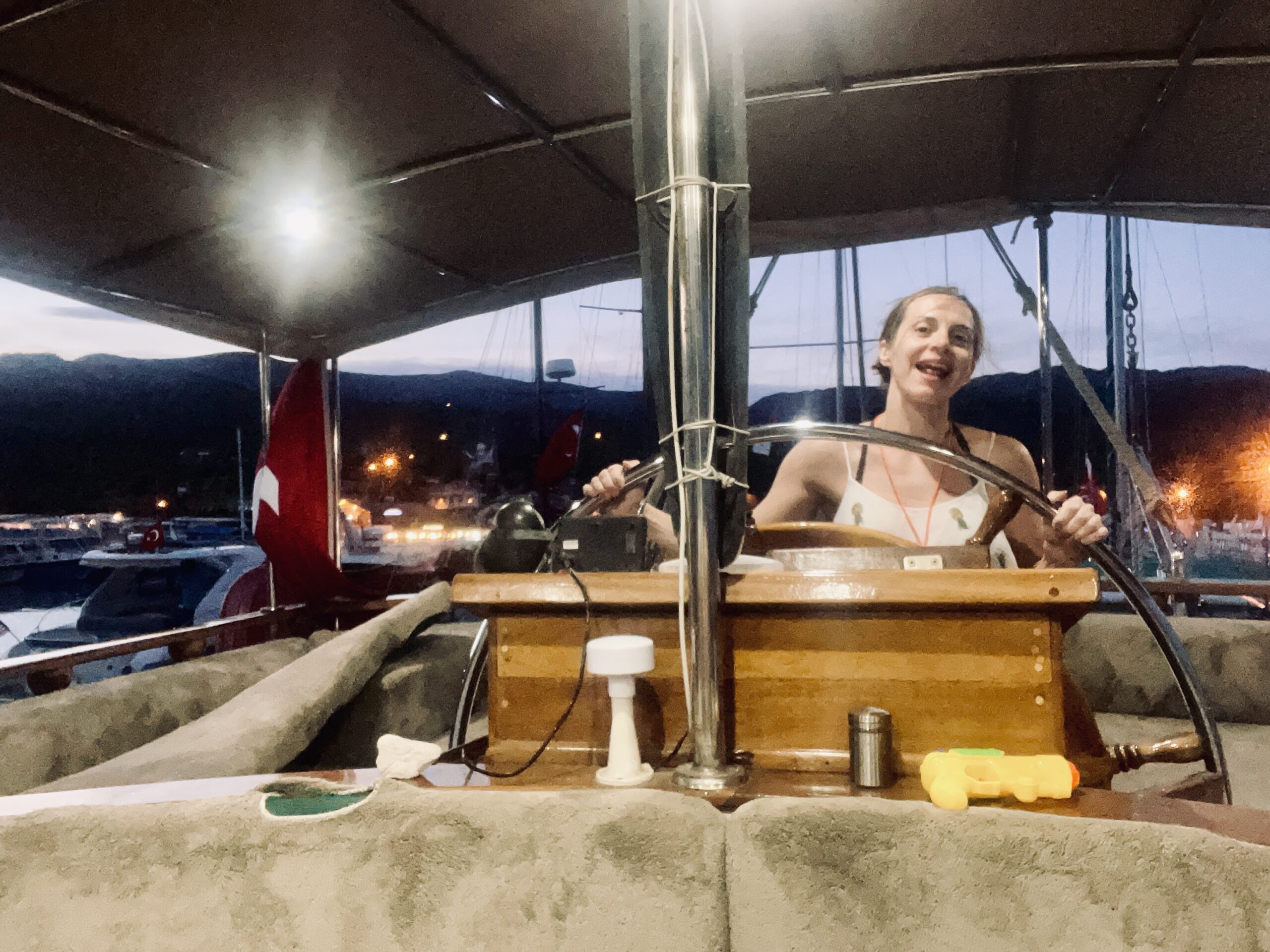 Why We’re Obsessed With Consistency

The Flipside of Consistency: You Can’t Simultaneously Be in the Middle of Something and Have Perspective of It

To Avoid Going Crazy, We Can Either Accept What Is or Change It

Dear readers: it’s been a while since I’ve posted anything online. And I mean a while. I felt guilty at first—I broke my semi-consistent streak, ran the risk of appearing unprofessional, and creates a gap in the newsletter archives. Plus, if the whole point of me writing online is to connect with like-minded individuals (anyone on a personal journey of self-discovery who also has a zero tolerance policy for bullshit; others who are tired of “That One Neat Trick,” the use of income as a proxy for success, overly simplistic self-help gurus, and rich white guys preaching that the real problem with the impoverished is a fixed mindset), shouldn’t I be writing weekly, if not daily? And I shouldn’t feel bad about my Big-Ass Break?

But to be honest, I don’t feel guilty or bad or weird or anything.

Here’s what I’ve been up to:

I spent a month traveling around Turkey (including a week spent working as a bartender on a boat). In lieu of posting all of the things on social media, I went the other way and took a break from excessive pixel usage and writing.

The work/pixel break continued after my return, where I’ve been helping clients improve their internal communications and rewatched the entirety of Parks and Recreation while cooking and baking bread. I sold a table and obsessed over news and lifted weights and hiked and bought a sweater at REI and purchased aviation snips and cut a hole in a chain link fence that needed to be cut. I’ve read and played video games. I have spent an incalculable number of hours doing absolutely nothing and loving every minute.

Why We’re Obsessed With Consistency

The current cultural narrative—that any kind of improvement or achievement requires regular, diehard consistency—isn’t going to die easily for a few reasons.

For starters, who on earth is as consistent in every area of life where they wish they were? The mere mention of good habits usually directs our attention to wherever we crave improvement. We all know what it’s like to feel inconsistent at something, skip a few years months days exercising, practicing, reading, studying, creating. We’ve all broken streaks, gotten busy or bored or sick or just plain forgot, only to feel guilty and beat ourselves up for—gulp!!—being human.

Because we’ve all been a) inconsistent, and b) told that unbroken streaks are the way to go, it’s oh-so easy for us to imagine the counterfactuals: I’d have an entirely different life if I just did that one thing on a more regular basis.

It’s the impossible math of Atomic Habits: a few minutes a day is 1% better everyday, so that’s 37.78 times better in a year, and since I can say that I exercised after only a few crunches a day, then soon I will magically think of myself as The Kind of Person Who Always Works Out and turn into one of those people who get up at 7am to exercise before work.

I used to be one of those people. After a lifetime of feeling bad about my body, I joined a nearby CrossFit in NYC, working out a few times a week with no major improvement. And then, David Charbonneau became the head coach. I started working out more. For some unexplainable reason.

Bit by bit, I directed more energy to CrossFit. At the end of that crazy phase, I was consistent AF; my “rest day” was 30 minutes of horrible cardio. By then, I was weighing my food, working with a nutrition coach, doing things like carb cycling, and attending CrossFit events1. I ended up winning my gym’s annual competition. I won a sports thing, people.

Consistently exercising was easy at the time because my entire life revolved around this one thing.

A few months later, an old gym member returned after a year backpacking in Asia; before the trip, she would have crushed me. That did not happen. Instead, I won and had an epiphany: “the past year, she’s seen the world. I’ve seen the inside of the gym.”

The Flipside of Consistency: You Can’t Simultaneously Be in the Middle of Something and Have Perspective of It

Very few missions on earth require such militant discipline, and the satisfaction from reaching your goals wears off. Getting your sense of self-worth from accomplishments is fragile, requiring shark-like never-ending activity just to stay afloat. Our attention is a fish-eye lens that distorts the importance of whatever’s in front of us. Researcher Daniel Kahneman called this bias the focusing illusion: “Nothing in life is as important as you think it is, while you are thinking about it.” Psychologists are keen on the idea of “self-distancing” to get perspective, but having genuinely fresh eyes only comes when we give ourselves time to fully detach from our habits, goals, relationships, and surroundings.

Fitness isn’t just CrossFit: it’s running and eating well and doing pilates and stretching and resting and mental health and yoga and sweating and hiking. At the extreme end, serial killers have a meticulously organized and structured life—replete with consistent habits, no doubt—and its ensuing low tolerance for ambiguity and the unknown. A compulsion for order breeds neuroticism and anxiety; flexibility, after all, is a core component of mental health.

Resilience is “the degree to which a system can endure perturbations without collapsing or being carried into some new and qualitatively different state.”2 An inability to take your hands off the wheel out of fear that everything will crash and burn renders one’s goals fragile in the long run. If perturbations and disruptions are a part of life, it’s better to plan and prepare and figure out alternate routes on your way to the goal instead of pinning everything on the promise of every day. It’s important to bounce back and perhaps more important to know that you can bounce back at all. Being comfortable with change, life’s only true constant—not such a bad idea, right??

Taking a break is not the end of the world. I did not get my “professional writer” card revoked after a few months off. Having a psychologically rich life with no shortage of stories to share has made me a better, more well-rounded human.

Resting, focusing on other adventures, learning new skills, or simply being pulled away by the other duties of life is not an indictment of your motivation or passion. Having children, a job, chores and errands that eat into your time doesn’t mean that you’re less serious, just that you have other stuff going on behind the scenes. YOU MUST DO THIS EVERYDAY TO SUCCEED was written by someone who is impatient, not the default parent, and wants to sell lots of books.

A few years ago, a pair of researchers came up with a framework that describes what I’ve spent a few decades aiming for: the Psychologically Rich Life, “best characterized by a variety of interesting and perspective-changing experiences… [brought on by] curiosity, spontaneity, and energy.”

We argue that psychological richness should also result in wisdom, characterized in part by flexibility of thought. Consistent with this… those leading psychologically rich lives tend to have more complex reasoning styles, consider multiple causes for others’ behavior, and do not believe that a few discrete categories can explain individual differences.

All of my trips, breaks, and experiences away from the screen—seeing the complexity of real life play out in multiple contexts—have made it impossible for me to believe that we’re all One Neat Trick away from fulfilling our dreams. Life is too complex, too weird, and too vast to think that a single answer or number or routine could work for anyone.

Giving yourself the gift of guilt-free breaks lets you see if your actions are still serving your goals (vs. just doing what you think you should be doing), and lets you see what your routines are preventing you from experiencing. I just spent a week working as a bartender on a boat in the Turkish Riviera—how can that not make me a better human, a better writer in the long run? If “getting in shape” was my goal, all I needed to do was eat better and workout a few times a week; thinking of myself as THE KIND OF PERSON WHO NEVER MISSES A DAY AT THE GYM was a competitive, ego-driven, and ultimately limiting belief. Leaning into identity flexibility over time does great things for your mental health.

Breaks allow me to nourish, reflect, and prevent a kind of scorched-earth burnout by realizing that the world won’t end if I don’t post this week or next week. Patience may be the most underappreciated value, and I’m in it for the long haul.

To Avoid Going Crazy, We Can Either Accept What Is or Change It

An organism is compelled to take action when it wants things to change:

To avoid going crazy if we don’t like how things are, we can either take action to change things or simply learn to accept the present.

Constantly working towards something else is a zero-sum game, taking time away from the ability to learn acceptance and self-compassion, that full embrace of the present moment.

Maybe you’re happy with how things are. Maybe just being human is a full-time job. Maybe you’re being too hard on yourself. Maybe we all need to practice patience and trust the process. Maybe—God forbid—you have a well-rounded life.

Why “There” is No Better Than “Here”: How Your Attention Creates Your Happiness

Why today’s self-help advice is making us miserable

The Slow Suffocation of Unsolicited Advice